By Annie Kang
The Chip Foose Design headquarters, located in Huntington Beach, CA, is the hotbed for some of the most amazing vehicle transformations that span everything from hot rods to modern muscle cars. Chip Foose recently opened up his garage to us, so take the tour and check out everything he's been working on!
2006 Ford GT 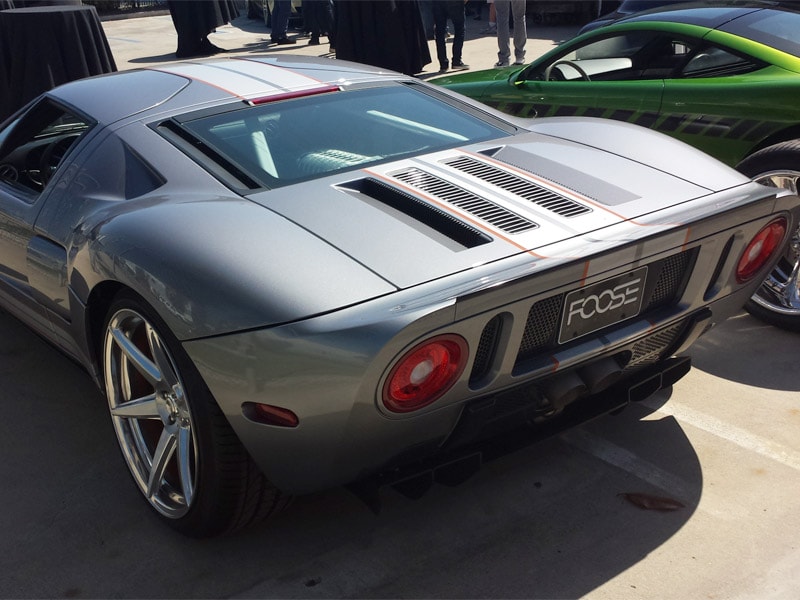 Sitting out front of the Chip Foose Design headquarters is the 2006 Ford GT that Foose's wife presented him for his 50th birthday.

Foose modified the GT, focusing on the vehicle's rear end. The rear bumper was removed, and frame extensions were cut back and trimmed. Orange outlines were added to the stripes on the body.

The Hemisfear is a Foose-designed custom car, which took 16 years to realize from concept to production.

The Hemisfear was unveiled at the 2006 SEMA Show, and a total of five Hemisfears have been built and produced, with a base price of $298,000.

His earliest memories of the truck include wrecking it while learning to drive.

"My foot slipped off the brake and hit the throttle, and I ran into a parked Rolls-Royce in front of my dad's store," Foose said.

The car was originally a "candied root beer brown lacquer," which has since been repainted multiple times.

In 2005, the car was redesigned by Foose's dad and build team as a surprise for Foose. The completed truck was unveiled at the 2005 SEMA Show.

The Mustang was awarded "Best of Stand Design" by Ford at the 2014 SEMA Show.

MMD by Foose parts are available at AmericanMuscle.com. 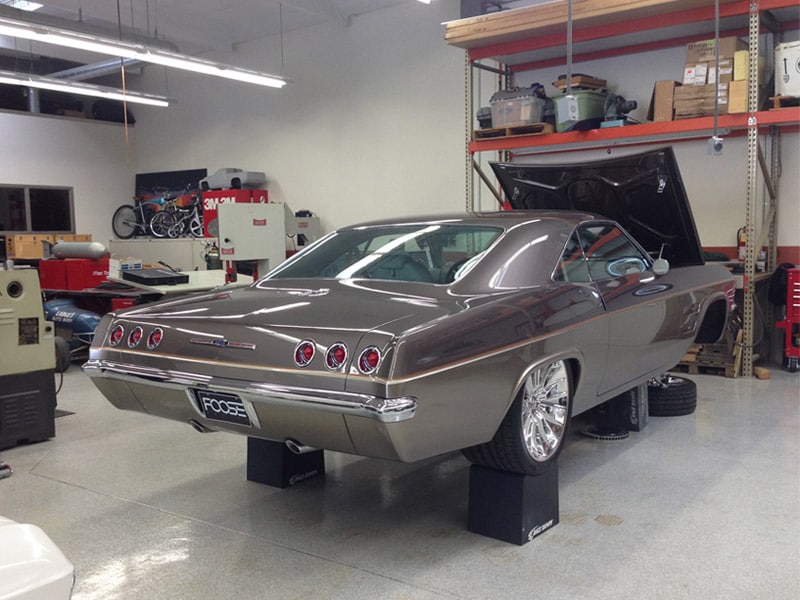 Chip Foose won the 2015 Ridler Award at the Detroit Autorama show for this 1965 Chevrolet Impala SS. The vehicle, named The Imposter, is built upon a 2008 Corvette chassis, and includes the Corvette's interior, electronics, and engine.

Foose estimates that 22,000 hours went into the winning Impala, including time spent on its design. The vehicle was a gift from Don Voth for his wife of 46 years, Elma.

Also in Foose's Finishing Room is an orginal 1965 Chevrolet Impala, which sits behind the Ridler Award-winning Impala.

This 1932 Ford Roadster has a vintage Lincoln V-12 motor.

Ford provided Foose with a model of the newly introduced Ford Thunderbird. The modified vehicle, named the Speedbird, was presented at the SEMA Show where Ford awarded it "Best of Show." The Speedbird is part of Foose's personal collection. 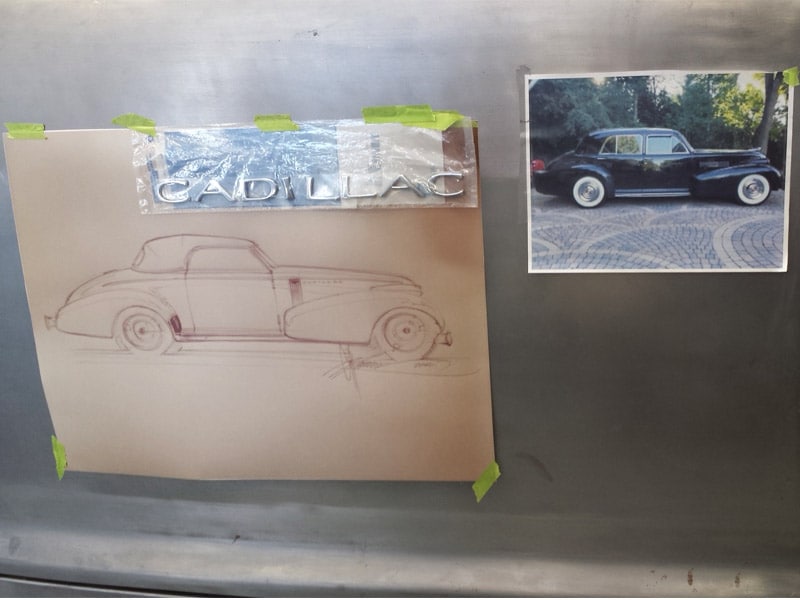 Foose teamed up with MMD to build this 810 hp supercharged Ford Mustang GT, featuring a 5.0 liter V8 engine and a 2.9 liter Whipple supercharger signed by Foose.

Custom parts featured on the vehicle are from the Foose by MMD collection, and will be available at AmericanMuscle.com in August, 2015.

Approximately 300 hours were spent designing and building the vehicle, which will be given away to a lucky winner. Contestants can enter until August 3, 2015 at AmericanMuscle.com.

This vending machine is just one of the Foose headquarter's many nods to classic Americana culture.