2008 Honda Accord Sedan
May 14, 2007 By Bengt Halvorson
Accord Sedan – 2008 Spy Photo: Barely disguised under a few strips of duct tape, the 2008 Honda Accord Sedan has been captured in the wild undergoing testing. While we’ve seen the coupe numerous times in both show car form and in spy photography, the sedan has heretofore been unseen. Not surprisingly, the sedan appears to be a taller and less aggressively styled version of its coupe cousin while still sharing the overall styling language. Changes are everywhere, with a completely fresh design that corrects some of the current car’s somewhat unfortunate styling distinctions. The headlights and grille on the 2008 sedan are larger and more upright than those of the coupe, but are a distinct improvement over the current model’s, with just a hint of the previous-generation Lexus IS 300.

From the rear, it’s clear that the 2008 Accord won’t be blazing new styling trails, but the cleaned up rear end is a welcome improvement. While not as stylish as the coupe, the car exhibits some definite cribbing from vehicles such as the BMW 3 Series, especially around the rear pillar, door handles and the character line along the side. From the smallish wheels and single exhaust outlet we can assume that this is a four-cylinder model; the V6 will likely have two outlets and bigger wheels. Note that this prototype also has the large center-dash hood we spied in the coupe, increasing our speculation of a new navigation system, possibly with a larger screen than we’ve previously seen.

It’s hard to find anything bad to say about the Accord, be it a coupe or a sedan. The current-generation model has been Honda’s biggest seller, with a roomy interior, excellent seats, and driving dynamics to keep enthusiasts satisfied, if not thrilled. The fact that the current car is still widely regarded as at or near the top of its class a full five years after its introduction speaks volumes for the fundamental goodness of the vehicle. It also means that the new car has some big shoes to fill. It’s not a slam-dunk, either. Remember that Honda miscalculated dramatically with the 1994-1997 Accord, going smaller and sticking with four-cylinder engines when the rest of the competition went larger and adopted powerful V6s. The company is unlikely to make the same mistake twice, though.

The other factor in the Accord’s success is competition. We don’t just mean from the Camry, although the Accord’s longtime rival is enjoying unprecedented success at this time. However, a resurgent General Motors is also in the hunt with its Saturn Aura, which was crowned North American Car of the Year. At the same time the new Accord is introduced, Chevrolet will introduce the 2008 Malibu, shown here. While previously an also-ran in the segment, the new ‘Bu promises more power and sophistication than we’ve ever seen in a mid-grade GM sedan before. With so many good sedans headed our way, 2008 promises to be a horn of plenty for family sedan buyers. 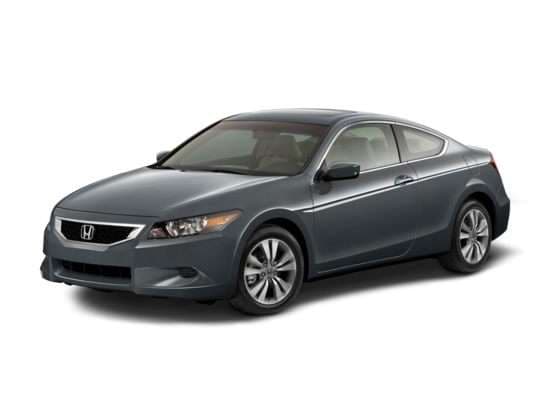