The #GoodToBeBad Car of the Year: Jaguar F-Type
January 2, 2014 By Michelle Naranjo

This award isn't just based on how the Jaguar F-Type drives or looks. A recurring theme seems to also be how the F-Type sounds as well. Here's what we have had to say about the romantic return of Jaguar to the top of the heap:

"Undoubtedly, people will buy the Jaguar F-Type simply because it is beautiful. The good news is that the car’s beauty isn’t skin deep."

"To be honest with  you, the front grips, the rear gets a little squirrely - but in a fun way - and just the instantaneous torque from the supercharged V8 makes it a monster. Not to mention, the sound you get."

"The Jaguar F-Type might be a paean to days gone by in terms of its mission statement, but there is absolutely nothing retro about this roadster, allowing it to go toe-to-technological-toe with any other drop-top currently available from its Teutonic competitors."

"The [supercharger] effect completely transforms the personality of the F-Type from nimble roadster to supercar-squashing open-air ride."
- Benjamin Hunting, 10 Things You Need to Know About the 2014 Jaguar F-Type

More of the Autobytel 2014 Car, Truck and category of the Year winners can be found by browsing the collection below. 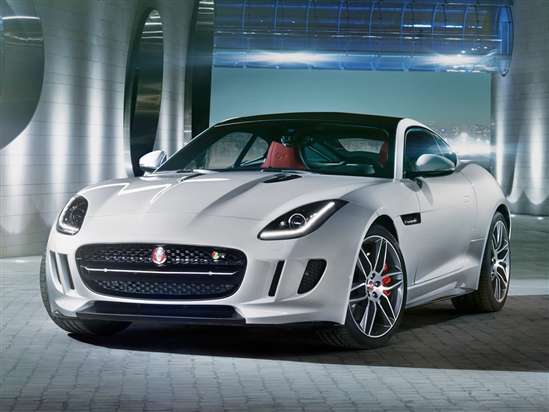