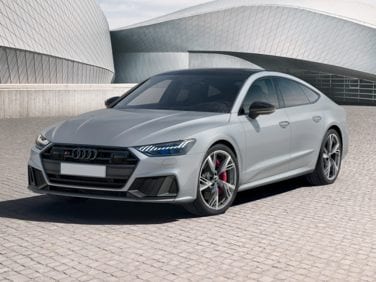 All About Audi S7

First shown in January of 2009, as the Audi Sportback Concept at the North American International Auto Show in Detroit, the Audi A7 is the basis for the higher performing Audi S7. One of the most expressive examples of Audi’s four-door sedan design philosophy, the Audi S7’s exterior design is a slightly different take on the four-door coupe profile, started by the Mercedes-Benz CLS back in 2004.

Audi’s version of the genre adds a hatchback, although you’d be hard pressed to see it just looking at the car. One of the chief advantages of that hatchback is the enhanced cargo capability it affords the sleekly styled Audi. It’s power actuated and height adjustable, so the hatch can be used in a variety of circumstances. Plus, the rear seats fold to expand the cargo carrying capability of the Audi S7 even more. Even before the rear seats are folded, the Audi four-door coupe boasts an impressive 24.7 cubic feet of cargo space.

It is a well-known fact—Audi’s interiors are the nicest of any mainstream luxury automobile. Audi’s fit, finish, materials employed, and the way those factors all work together is simply unrivalled in the industry. The wraparound dash design employed in the Audi S7 is at once handsome and functional. All key elements are focused toward the driver. Further, it is all in reach without the driver having to lean forward. Everything needed to operate the vehicle is within easy access. The Audi S7 can even function as a WiFi Hotspot. In other words, this is a high performance car delivering luxury for days.

To get to S7 from A7, Audi’s engineering team specified a 420 horsepower, twin-turbocharged V8, capable of generating 406 ft-lbs of torque. A seven-speed automated manual transmission routes power to all four wheels. The S7’s Quattro (Audi-speak for all-wheel drive) system features a self-locking differential and torque vectoring capability—giving it the ability to transfer power from side to side upon demand to optimize tractability. This improves cornering, and better facilitates acceleration off a corner.

Further, the S7 gets a version of Audi’s air suspension system specifically tuned for high performance applications. In addition to keeping the car flat during vigorous cornering maneuvers, the suspension package also provides a highly compliant ride in steady state operation. This endows the Audi S7 with both outstanding dynamic capabilities and a luxuriously comfortable ride.

If any car were ever to represent the best of all worlds, the Audi S7 comes very close.