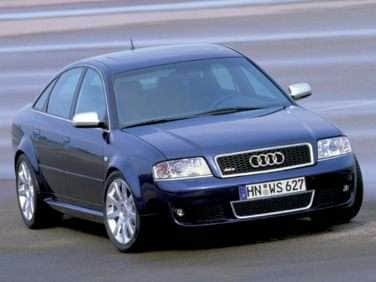 All About Audi RS6

The Audi RS6 quattro is a high performance executive car produced by the German luxury auto manufacturer. The RS6 has been available for three generations: 2002 until 2004, 2008 through 2010, and from 2013 forward. Audi has made the vehicle available in a four-door sedan version as well as an Avant station wagon version. Though the RS6 is a close sibling of Audi’s A6 sedan and wagon (and the high performance “S” versions) and shares their platforms, the RS6 boasts performance and luxury features designed to compete with premium automobiles. The Audi RS6 is built at an Audi production facility in Germany.

The RS component of the name stands for RennSport, which, translated from German, means “racing sport.” The latest RS6 boasts the most powerful internal combustion engine of any other Audi, as well as Audi’s latest and most advanced technological features. And though the A and S-line vehicles often share parts, even the high-end parts, across the Audi lineup, the RS6’s powertrain is exclusive to that vehicle. The RS6 also features Audi’s quattro permanent four-wheel-drive technology.

The first generation of the Audi RS6 was the fourth vehicle to be developed by Audi’s subsidiary, quattro GmbH, that handles a lot of Audi’s higher-end development. The original RS6 was produced from June of 2002 until September of 2004, and was the first Audi RS to be sold in North America. The RS6 was initially available as the Avant station wagon, and the release of the sedan followed shortly thereafter. The drivetrain was an all-aluminum alloy 4.2-liter V8 twin-turbo. The engine could produce 444 brake horsepower and was paired to Audi’s five-speed Tiptronic automatic transmission. The Avant version was capable of accelerating from 0-62 mph in 4.6 seconds. The quattro system in the RS6 was borrowed from the Audi A8. The engine torque was sent to the center differential, where it was divided and sent to the front and rear wheels. The RS6 featured Brembo brakes for stopping power, covered by 18-inch or 19-inch wheels in Europe, abd 18-inch wheels in North America. Mid-2004, Audi marked the end of the first generation RS6 with a European exclusive limited edition called the Audi RS6 Plus Avant. Engine power was bumped up a bit, a few exclusive exterior trim pieces were added, and each of the 999 cars built for this production run received a special numbered plate on the center console.

North America didn’t get the second generation of the RS6 quattro, though. That vehicle was introduced at the Frankfurt Motor Show in 2007, entered production and went on sale in Europe in early 2008, and began to be exported in 2009. This generation of RS6 was built in limited numbers over its two-year production run. Just 6500 Avants and 1500 sedans were built. The relatively high number of Avants slated for production is one possible reason why North America didn’t get any of them; unlike Europe, wagons were generally unpopular, and an expensive premium wagon was an even harder car to sell. That didn’t stifle the RS6 in any way, though. The second generation boasted a 5-liter V10 biturbo FSI engine that yielded 571 brake horsepower, outperforming rival BMW’s 5-liter V10 unit. The drivetrain, which included a six-speed Tiptronic transmission, was related to that found in the Lamborghini Gallardo. It required two ECUs, seven radiators, and four fans to control and cool the engine. The RS6 Avant could accelerate from 0-62 mph in 4.6 seconds and had an electronically limited top speed of 155.3 mph. The RS6 featured a steel body with some lightweight aluminum body panels. It was visually similar to its predecessors, as well as the sibling S6, but was marked by the LED running lights placed within the headlamps that would soon become a familiar Audi styling cue.

The third generation of the Audi RS6 Avant quattro was introduced at the North American International Auto Show in Detroit in 2013. Initial specifications included a 4-liter V8 TFSI engine, mated to an eight-speed Tiptronic transmission, with a 0-62 acceleration time of 3.9 seconds. Despite the car’s world debut in the United States, there is no timetable for the latest Audi RS6 Avant to cross the Atlantic. The European version of the car was slated to go on sale in 2013.