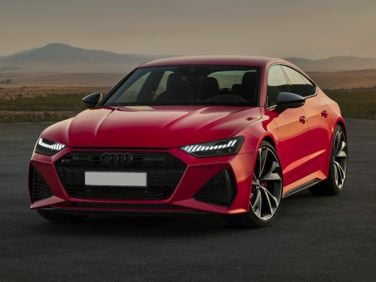 All About Audi RS 7

The Audi RS 7 is a performance oriented version of the A7 and S7 series of executive four-door sportback vehicles from the German auto manufacturer. The Audi RS 7 is assembled in a Volkswagen Group production facility in Neckarsulm, Germany. Audi unveiled the RS 7 at the North American International Auto Show in Detroit in January of 2013, and it is an all new vehicle for the 2014 model year. Though it is visually similar to the Audi A7 and S7, the performance specs of the RS 7 put the vehicle in competition with top-end vehicles from other European auto manufacturers, and there are plenty of subtle differences, such as the RS-exclusive carbon fiber and aluminum trim throughout the vehicle’s interior and exterior. The RS 7’s sportback styling is based on a four-door hatchback design that goes into a steeply sloped rear windshield and an integrated trunk lid. Frameless doors add to the car’s hatchback-like profile. Although the Audi A7 features space for five occupants, the RS 7 has two sport seats in the rear, rather than a bench, so the RS 7 is limited to four passengers.

The drivetrain in the Audi RS 7 boasts a 4-liter V8 engine boosted by twin-scroll twin turbochargers for a yield of 553 brake horsepower. The engine is paired to Audi’s eight-speed Tiptronic transmission. The RS 7 also features Audi’s quattro permanent all-wheel-drive system with torque vectoring and a self-locking center differential. The RS 7 can accelerate from 0-62 in 3.9 seconds, and features an electronically limited top speed of 155 miles per hour. The optional dynamic package increases top speed to 174 miles per hour; the dynamic plus package yields 189 miles per hour. The Environmental Protection Agency has rated the Audi RS 7 for fuel economy of 16 miles per gallon city, 27 miles per gallon highway, and 19 miles per gallon combined.