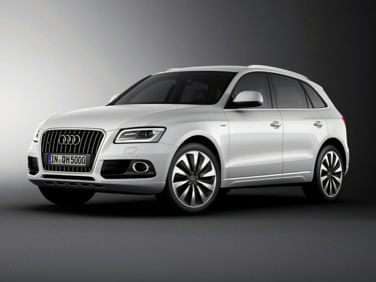 All About Audi Q5 hybrid

The Audi Q5 Hybrid is the gasoline/electric-powered version of Audi’s handsome mid-size crossover utility vehicle.  A 2.0-liter inline four-cylinder engine is teamed with an electric motor for a system output of 245 horsepower and 354 ft-lbs of torque. In typical Audi fashion, all-wheel drive is a standard feature, along with an eight-speed automatic transmission.

Fuel economy is rated at 24 miles per gallon in the city and 30 on the highway. Which, while pretty good for a small SUV, is kind of weak for a hybrid. However, the flip side of it is the Audi Q5 Hybrid offers significant performance potential so; it’s something of a tradeoff. Another way to look at it is you get the performance of a V6 along with the fuel economy of an inline four. Zero to 60 is estimated at 6.8 seconds, combined fuel economy is rated at 26 miles per gallon. For a vehicle in this class, those are pretty competitive numbers when found together in the same automobile.

One of the most competitive members of its class, the Audi Q5 Hybrid offers dynamic handling, exceptional power, a very strong feature seat, handsome exterior styling and a first-class interior treatment. Most reviewers consider the Q5 one of the sportiest models in its class. If you’re shopping in this category, the Audi Q5 Hybrid definitely deserves a look.