Brand Back as Emmy Sponsor for Fourth Straight Year

The 66th annual Emmy Awards are scheduled to recognize the year's top television performances on August 25, on the NBC television network, and so are Audi and the new 2015 Audi Q3 compact luxury crossover. In fact, the four-rings brand will serve as official automotive sponsor and vehicle provider for the event for the fourth consecutive year, with the 2015 Audi Q3 sharing the spotlight as its showcase vehicle.

Significantly helping matters: Audi's #OffScript promotional campaign, which stars the 2015 Audi Q3 and Emmy-nominated actor/writer/comedian Fred Armisen. Recently launched through NBCUniversal outlets like NBC, USA and E!, as well as across a wide range of digital platforms, the effort features cameo appearances by Krysten Ritter, JB Smoove and Norm Macdonald, all of whom also appear in complementary digital films that highlight specific Emmy-award categories; these short videos will roll out on social media in the days leading up to the Emmy broadcast, so stay tuned.

As for the 2015 Audi Q3, it will launch for U.S. markets with an MSRP of $32,500 and typically Audi-esque levels of content, highlighted by:

Available upgrades for the 2015 Audi Q3 include quattro all-wheel drive, Audi's MMI voice-controlled "navigation plus" system, a 14-speaker Bose audio system with 465 watts of power, a power tailgate, and Audi "side assist" and "parking system plus" safety measures (with rearview camera). 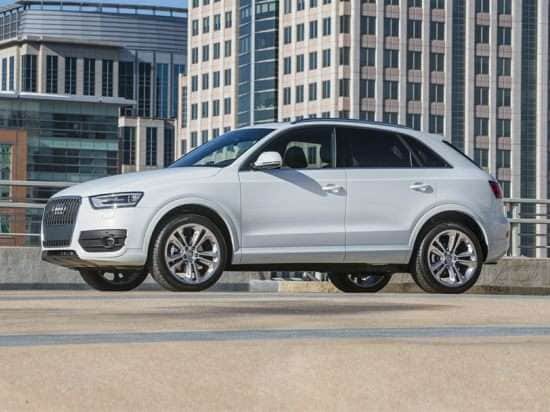