The 2014 and 2015 Audi allroad—the more rugged relative of the Audi A4 wagon that isn't sold in this country—recently received a 5-star Overall Safety Rating in the New Car Assessment Program (NCAP) of the National Highway Traffic Safety Administration (NHTSA). That mark includes 5-star scores for NHTSA's frontal crash and side crash tests, along with a 4-star rating for rollover protection, with the four-rings brand touting safety technologies such as a blind-spot system, a rearview camera setup and adaptive cruise control as among the vehicle's key safety advantages.

The brand has fine-tuned some of the packaging for the 2015 Audi allroad as well. For example, the mid-grade 2015 Audi allroad Premium Plus welcomes a three-spoked, leather-wrapped multifunction steering wheel, while both that grade and the range-topping Prestige models will offer the Audi "drive select" feature—tailoring key vehicle systems to specific driving scenarios—as part of the Sport interior package. Other changes include a new Technology Package for the Premium Plus allroad, combining navigation and blind-spot monitoring, and a Navigation package without Audi "connect" technology for the entry-point of the roster, the 2015 Audi allroad Premium.

Added Filip Brabec, director of Product Planning for Audi of America: “Audi is fully committed to producing vehicles that provide performance and luxury without sacrificing safety. This is reflected by the NHTSA’s 5-Star crash safety rating for the 2014 and 2015 allroad and the customers who return to the Audi brand for safe and reliable vehicles.” 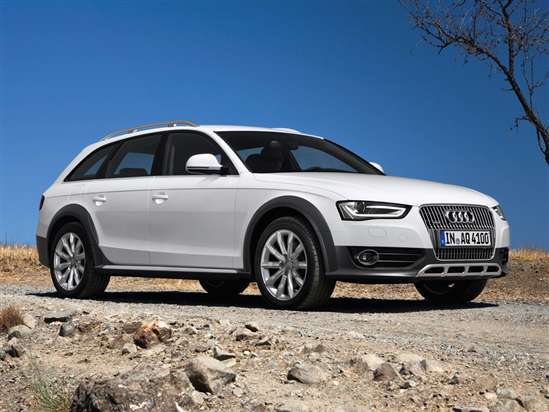