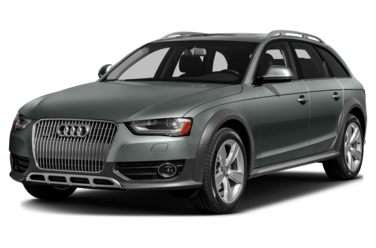 All About Audi allroad

Before there was an Audi Q7 or an Audi Q5 there was the Audi allroad Quattro. Taking a page from their fellow all-wheel drive devotees at Subaru, Audi tried to ease in the back door of the SUV boom with a modified version of its A6 Avant (Avant is Audi-speak for wagon) back in 2001. Just as Subaru had done with its Legacy station wagon to create the Subaru Outback, Audi modified the suspension system of the A6 Avant and added extensive black plastic body cladding as well as strategic shielding underneath the car  to protect vulnerable areas of the Audi in off-road situations.

Power initially came from a 2.7-liter turbocharged V6 engine generating 250 horsepower and 258 ft-lbs of torque. All four wheels were fed by the buyer’s choice of a six-speed manual transmission, or a five-speed automatic (the optional choice). The air suspension system Audi’s engineers specified for the allroad Quattro gave the driver the ability to increase ground clearance by 2.6 inches. This enabled the optimization of the Audi allroad Quattro’s ride height for off-road ventures—while maintaining both its aerodynamics and handling on pavement.

For the 2005 model (this version of the allroad Quattro’s last year of production), the engineering team fitted a 4.2-liter, 300-horsepower V8 to the platform as an optional offering. A five-speed manual transmission was the transmission choice for that configuration.

For the 2013 model year, Audi brought the Allroad back to the United States, this time based on the A4 Avant. In this case, the 2013 Audi Allroad, supplanted its A4 Avant source model, rather than existing alongside it the way the original model had shared the showroom with its A6 Avant source. A turbocharged 2.0-liter four-cylinder engine producing 200 horsepower and 258 ft-lbs of torque powers this version of the Allroad. All four wheels get the engine’s output by way of an eight-speed automatic transmission.

Also unlike its predecessor, the height of the suspension system in this version of the Audi is fixed. Where the previous version of the allroad Quattro had serious offroad intentions, the 2013 version of the car is more cosmetic—a lifestyle statement more so than a serious challenger to sport utility vehicles. After all, Audi now has the Q5 and the Q7 to take on those duties. Still though, with its 1.5-inch taller ride height and strategically placed shielding, the Audi A4-based Allroad model should do fine on soft roads, like dirt, gravel and such.