The original is still the best version of Audi’s flagship

Irvine, Calif.—No matter what your station in life, the ultra-stylish 2005 Audi A8L is the kind of car that’s liable to make you feel in need of a better wardrobe.

Like a custom-made suit from one of the shops along London’s Saville Row, the A8L manages to turn heads without resorting to the kind of trendy styling that inevitably winds up looking painfully dated after a few short years. And, just as with the work of a master tailor, the essence of the A8L’s appeal is the way your appreciation of it continues to grow over time.

An Expanded Line-Up
Originally launched in June 2003, the Audi A8L has already done its engineers and designers proud. The über-sedan has garnered a host of awards in the 18 months since its introduction, including being named one of the “top 10 cars for CEOs” from the editors of Chief Executive magazine.

For 2005, the familiar long-wheelbase Audi A8L 4.2 is joined at the top of the German automaker’s line-up by two new models. Its A8 little brother rides on a platform that’s been shortened by just over five inches, while its uptown cousin the A8L 6.0 gets an insanely potent 450-horsepower W12 engine. After a week with a V8-powered A8L 4.2 test car, which shares much of its hardware with the two new models, we came away convinced that the original is still the best.

The key to the Audi A8L’s visual appeal lies with its long wheelbase and the one-third/two-thirds proportion of glass to sheet metal that combine to give the car the look of a low-key limo. Where similar attempts from other automakers have come off looking dull and slab-sided, the Audi styling team has managed to infuse the A8L’s rounded form with enough significant details—including muscular fender bulges and huge optional 12-spoke 19-inch aluminum alloy wheels—to give it a dynamic profile that inevitably has passersby swiveling their heads for a second look.If the car’s styling has a weak spot, it’s in the rather plain rear view. Overall, however, the body’s visual strength from other perspectives makes this bland parting shot much easier to take.

Elegant Interior
That same fine balance of richness and restraint that characterizes the exterior carries over to the Audi A8L’s passenger cabin. Like a four-wheeled private jet, this big sedan’s blend of comfort, style, and sophistication make it the kind of car that will have driving aficionados looking for excuses to head for the horizon.

As you’d expect, most every interior surface is covered in leather or highly polished wood, with suede-like Alcantara or aluminum-look accents. Where plastics are used, they are of the highest quality and soft to the touch. The A8L’s front seats provide all-day comfort and just the right amount of side bolstering. The car’s standard 16-way power-adjustable front seats and tilt-telescope steering column make it easy for drivers of different sizes to get comfortable. And once you’ve found that personally perfect driving position, four memory presets take the aggravation out of swapping cars with family members.

The front buckets also offer plenty of head, shoulder, and legroom, even for the circumferentially-blessed or vertically-gifted. In the expansive back seat, you’ll find leg room in NBA-star proportions.

Standard lighted vanity mirrors, side- and rear-window sunshades, and an optional four-zone automatic climate control system that allows each outboard occupant to set their own ideal temperature and air flow round out the major back seat amenities. If the Audi A8L weren’t so pleasurable to drive, we suspect many owners would find themselves looking for opportunities to ride in back.

An aerodynamically slippery exterior with a low .27 drag coefficient helps make the interior a quiet place, with only a hint of wind noise at speed and a throaty growl from the big V8 under hard acceleration to break the silence. The 12-speaker Bose audio system, which includes a six-disc CD changer tucked into the glove box, is excellent, though the user interface can make accessing its functions more aggravating than it ought to be. While this is admittedly one of the nicest interiors of any mainstream car on the market today, it is not without its flaws. The raised bottom cushion of the center rear seating position and the substantial floor hump makes the three-place back seat much better suited to just two passengers. Most buyers will also want for a bit more storage space than the shallow trays inside the front seat’s dual center armrests provide.

But these shortcomings pale by comparison to the A8L’s sophisticated central command system known in Audi-speak as the Multi Media Interface (MMI). Similar to the iDrive system virtually everyone loves to hate in the latest generation of BMW’s 7- and 5-Series sedans, Audi’s MMI consists of a large central knob surrounded by four buttons you use to navigate through a wide variety of functions from setting radio presets to adjusting the temperature of the optional seat heaters. Even with all the sophisticated systems on these cars, there simply has to be a more intuitive—and less infuriating—way to control them. For everyone’s sake, let’s hope they find it soon.

Out back, the trunk is nothing short of cavernous with a low lift-over height. A power-assisted opening and closing feature is both slick and practical, especially when you have your hands full of grocery bags, dry-cleaning, kids, or all three.

As is befitting a car of this stature, the Audi A8L is powered by one of the best V8 engines on the market. The 335-horsepower, 4.2-liter aluminum motor produces gobs of power across a wide rev range, making athletic bursts of acceleration a simple matter of applying a liberal dose of your right foot. The big car claims to do the 0-to-60 freeway on-ramp sprint in just a hair over six seconds, which is no small feat for a 4,400-pound sedan. Top speed is electronically limited to 130 miles per hour, a speed it’s easy to believe that this autobahn-bred engine could do all day long without breaking a sweat. Even its EPA fuel economy estimates of 18 city and 24 highway are quite respectable, although filling the 23-gallon tank with pricey premium-grade fuel is bound to be a sobering experience. The V8’s considerable thrust is routed through a silky smooth six-speed automatic transmission. Though there’s no manual gearbox available, the sophisticated automatic does adapt its shift patterns to fit your driving style. The transmission’s push button-activated Sport mode will also hold a given gear longer to wring maximum power out of the motor before it upshifts. If that isn’t satisfying enough, the Tiptronic transmission will allow you to run up and down through the gears manually via a firm tug on the gear shift lever or a tap of the optional steering wheel-mounted shift buttons.

From the transmission, power is fed to all four wheels via Audi’s standard quattro all wheel-drive system. The system automatically senses slip at any wheel and can route power front to back or side to side to the tires with the best grip on slick surfaces.

If you’re one of many luxury car buyers who’d prefer to remain serenely isolated from pavement irregularities, you may find theis big German car’s suspension a bit too taut for your liking. If, on the other hand, you count yourself among those who drive as much out of pure enjoyment as necessity, you’ll likely find the Audi A8L’s air suspension provides an optimal balance of road feel and comfort. In the automatic mode—one of four driver-selectable settings—the suspension system continuously evaluates driving conditions and adjusts itself accordingly. For enthusiastic driving along a glorious stretch of twisty two-lane, the system allows you to dial in a firmer setting that gives this big sedan sporty handling that belies its substantial size and weight. In fact, perhaps the biggest compliment that can be paid to this suspension set-up is that it simply makes the A8L feel like a much smaller car than it is.

To make things just that much better, the A8L’s rack and pinion steering with speed-variable power assist is amazingly precise and communicative, with just the right amount of weighting and on-center feel. Combined with the car’s standard stability control, the steering and suspension set-up has the very flattering ability to make most anyone feel like a better driver than they probably are. All this wouldn’t amount to much without the means to bring the big car to a safe, sure stop. The A8L’s massive four-wheel antilock discs brakes handle that chore very nicely, delivering excellent pedal feel and impressive stopping power.

As is the case with most high-end automobiles, the Audi A8L throws a significant amount of technology at the problem of protecting its driver and passengers. Among the big sedan’s long list of standard safety features are 10 airbags, including dual-stage front airbags and knee-protection airbags for the driver and front seat passenger. All occupants in outboard seating positions are also safeguarded by torso-protecting side-impact airbags and side-curtain airbags meant to significantly reduce the likelihood of head injuries.

Other safety features include whiplash-reducing “active” head restraints, designed to protect the head and neck of front seat occupants in rear-end collisions. Three-point lap/shoulder belts at all five seating positions and a surprisingly complete first aid kit round out the big sedan’s list of safety equipment.

Although driving Audi’s A8L may spur you to revamp your wardrobe, you can take comfort in the fact that this is one timeless design that isn’t likely to go out of fashion anytime soon. Now, if you could only say the same for the contents of your closet.

Is the Audi’s Multi-Media Interface (MMI) better than BMW’s i-Drive system?
Audi’s MMI consists of a large central knob surrounded by four buttons you use to navigate through a wide variety of functions from setting radio presets to adjusting the temperature of the optional seat heaters. Even with all the sophisticated systems on these cars, there simply has to be a more intuitive—and less infuriating—way to control them. What’s the gas mileage?
EPA fuel economy estimates peg it at 18 city and 24 highway – quite respectable, although filling the 23-gallon tank with pricey premium-grade fuel is bound to be a sobering experience.

What’s the worst thing about the interior?
The raised bottom cushion of the center rear seating position and the substantial floor hump makes the three-place back seat much better suited to just two passengers. Most buyers will also want for a bit more storage space than the shallow trays inside the front seat’s dual center armrests provide. 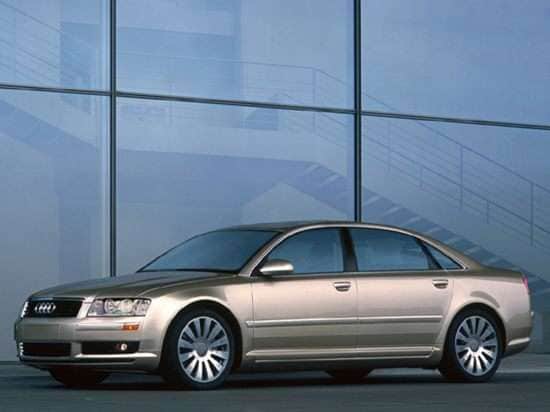