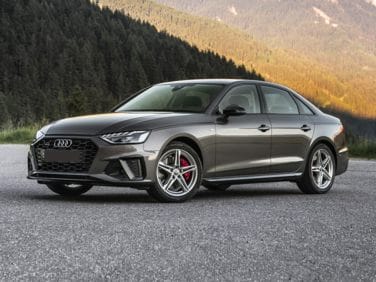 All About Audi A4

The Audi A4 is a four-door, five passenger luxury sedan, a five-door, five passenger luxury wagon, and a two-door, four passenger convertible.The Audi A4 helped to resurrect the brand from perpetual also-ran in the competition for the title of best German luxury car, and allowed Audi take its rightful place at the front of the pack. Since going on sale in the mid-1990’s, the A4 has continued to evolve until it can be said to represent some of the best technology on offer in an entry-level European sedan. The A4 also offers interiors which have been critically acclaimed as light years ahead of the competition.

The 2009 Audi A4 is the most advanced version of the automobile to date. Completely re-designed for 2008, the A4 bears a longer, sleeker look which is accented by the extended wheelbase when compared to the previous generation of vehicle. The front end has also been redone to reflect the new corporate Audi styling of a bold front grille combined with LED headlight accents or ‘eyebrows’. The overall effect is quite handsome and is an improvement over the outgoing model’s somewhat protruding front clip.

The Audi A4 can be ordered as a sedan, a wagon (the Avant) or a convertible (the Cabriolet). The sedan is available with either a 2.0 liter, 211 horsepower turbocharged 4-cylinder or a 265 horsepower 3.2 liter V6 engine. Both engines are mated exclusively with the Quattro all-wheel drive system and a Tiptronic 6-speed automatic transmission. The Cabriolet shares the same engines and drive trains with the addition of a front-wheel drive option for the 4-cylinder, while the Avant is only available with the 2.0 and Quattro.

There are three different trim levels or ‘Prestige’ packages available from Audi which dress up the vehicle’s interior and add extra features. Leather is standard for each version of the A4, and buyers can add three-zone climate control, wood trim, and heated seats to the equation. Driving technologies include adaptive cruise control which employs radar to keep a safe distance between the sedan and the vehicles on the road in front of it. The S-line package outfits the vehicle with 19-inch wheels, a sport suspension and seats as well as special exterior changes which reflect a performance-oriented nature. A less aggressive sports package is also available.

Despite a heavier chassis than previous years, the A4 remains a fun vehicle to drive, especially in slippery conditions when equipped with Quattro all-wheel drive. Speed-sensitive steering is used to good effect, providing decent feedback for an all-wheel drive car when plowing through corners. The turbocharged 4-cylinder does feel laggy at times while the engine waits for the turbo to spool up, but when combined with the sport suspension each version of the car, even the wagon, is enjoyable.

With a convertible, sedan and wagon available, the A4 presents a complete entry-level car lineup which appears to be tailored to fit almost any buyer looking to purchase a practical, fun or balanced German luxury vehicle. The Audi A4 is a solid choice for those who either require the functionality of all-wheel drive or who wish to sample something other than BMW or Mercedes.