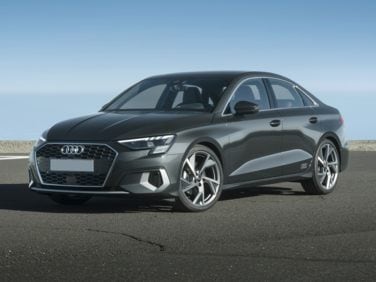 All About Audi A3

The Audi A3 is a four-door, five passenger compact luxury hatchback. The 2009 Audi A3 is a carryover from 2008. The 2009 A3 is available in two different trims. The base model 2.0 TFSI is provided with a 200 horsepower, turbocharged 4-cylinder engine that displaces 2.0 liters and generates 207 lb-ft of torque. The car can be had with either a 6-speed DSG automatic transmission or a standard 6-speed manual. All-wheel drive is also an option. When equipped with the manual tranny and front-wheel drive, the 2.0 TFSI sees fuel economy numbers of 22 miles per gallon in the city and 30 miles per gallon on the highway. The A3 3.2 uses a 3.2 liter V6 engine capable of producing 250 horsepower and 236 lb-ft of torque. Only the 6-speed automatic gearbox is available, matched with all-wheel drive. The A3 3.2’s fuel economy is rated at 18 miles per gallon in city driving and 25 miles per gallon on the highway.

Audi’s parent corporation, Volkswagen, has had a reasonable amount of success in North America offering hatchbacks at a premium price. While the GTI is not an expensive vehicle, it does set itself apart from entry-level compacts. The Audi A3 had enjoyed a good response in the European market when it was released in the early 2000's, and in 2005 the decision was made to launch a re-designed version of the vehicle in the United States and Canada. These export editions of the A3 did not offer all of the engine choices on tap in Europe, but they did provide a level of luxury which exceeded that of the typical domestic A3.

For 2008, Audi performed a small revision of the vehicle which included tweaks to the front and rear of the car in order to bring it in line with the overall corporate look. Specifically, the most noticeable change is the implementation of LED accents in the headlights. Under the hood, there are two engine choices to be found. The first is a turbocharged 2.0 liter 4-cylinder which produces a healthy 200 horsepower and which can be ordered with either a 6-speed manual transmission, or a 6-speed DSG dual-clutch automatic, which can also be shifted by the driver in manual mode. The 2.0T is available in front-wheel drive only, but for drivers who desire greater traction and a more potent power plant, a 3.2 liter V6 engine with Quattro all-wheel drive can be ordered in its place. This 250 horsepower motor can only be equipped with the DSG automatic.

The 2.0T can be customized with one of three different trim levels. The base model has a generous amount of standard equipment, including automatic climate control, a 10-speaker stereo system, keyless entry and power everything. The S line trim combines some of the features found in the more powerful S versions of the standard Audi sedans, such as nicer wheels, a stiffer suspension and a more aggressive exterior appearance including both a rear spoiler and S badging all around. For those who crave luxury over performance, the Premium edition of the A3 adds power leather seats and a trip computer. The 3.2 Quattro is outfitted with 17-inch wheels, as well as S line trim and features.

The Audi A3 is a pleasure to drive with either engine configuration, although the extra traction and power found in the 3.2 Quattro is easy to single out, especially in snowy or wet conditions. Purists may find that initially the DSG transmission gets between them and an engaging driving experience, but after spending some time with the semi-automatic, it becomes clear that it is an efficient method for shifting gears. For those who want to combine fun and fuel economy, the 2.0T is rated at 21 miles per gallon in the city, and 29 on the highway, which are excellent numbers for a vehicle in this class.

The Audi A3 is a good alternative for those who wish to sample German engineering but do not want to step up to a compact sedan. The Audi combines the utility of a hatchback with the comfort most would expect from an entry-level luxury sedan, and the available Quattro further sets it apart from the rest of the pack.