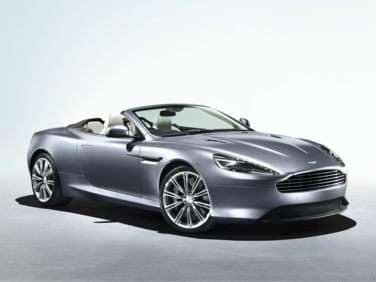 All About Aston Martin Virage

The Aston Martin Virage was introduced to the marketplace in 1989, after debuting at the Birmingham Motor Show in 1988. At the time of its introduction, the Virage was the flagship Aston Martin model. Constructed of aluminum, the hand-built GT car featured coupe and convertible versions, and was powered by a 330-horsepower V8 engine capable of generating some 364 ft-lbs of torque. The original Virage boasted a zero to 60 time of 6.5 seconds and a top speed of 158 miles per hour.

While the closed version of the Aston model was made available to American buyers in the summer of 1990, the convertible iteration followed in 1992. Model year 1993 saw the Virage withdrawn from the American market because of safety and emissions regulations. Between its introduction in 1989, and the end of its run in 1995, Aston Martin built 365 copies of the Virage. For 1996, the name of the car was changed to the Aston Martin V8.

The Virage nameplate was reintroduced for the 2011 model year at the Geneva Motor Show, slotted into Aston Martin’s lineup as a bridge between the Aston Martin DB9 and the DBS. The Virage was offered in both 2+2 body configurations and as a two-seat model. Practically identical in appearance to those two cars, the primary difference in the three was the output of their V12 engines. In the Virage, the 6.0-liter powerplant outputs 490 horsepower and 420 ft-lbs of torque, whilst the figure is 470 for the DB9 and 510 for the DBS. The Virage's zero to 60 time was approximately 4.8 seconds.

Available as before in both coupe and convertible (Volante in Aston-speak) body styles, the Virage used a six-speed automatic transmission, rather than an automated manual which seems to be more and more the norm for extreme performance cars these days. The Virage was discontinued only after some 18 months of production when somebody at Aston Martin finally woke up and realized it didn’t make sense to split the DB lineup so thinly.

Still, in the 18 months the Virage was offered, Aston Martin managed to move some 1,000 copies of the car. This is notable in that the original Virage (and associated models) sold in about the same numbers of an 11-year period. Here, it is key to recall, Aston Martin cars are traditionally hand-built limited production models. While Aston Martin is a mainstream manufacturer, the term “mass production” really doesn’t apply here.