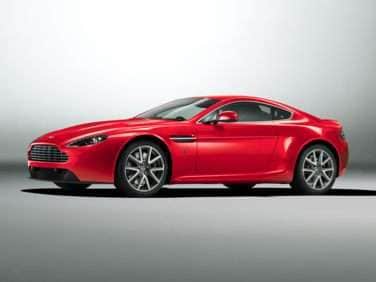 All About Aston Martin V8 Vantage

Introduced in 2003 as a concept car at the North American International Auto Show in Detroit, the production version of the Aston Martin Vantage was first shown at the 2005 Geneva Motor Show. This car was actually the second iteration of the Aston Martin Vantage. The original was introduced in 1977 and touted as “Britain’s first supercar”. (No word on how the people at Jaguar felt about that one.) Produced from 1977 to 1989, just over 500 copies of the car were built with both closed and open (Volante) bodies. The 375-horsepower V8 endowed the Aston with a 170 mile per hour top speed and a zero to 60 of 5.3 seconds—making it one of the fastest cars of its day.

The current model came to market in 2006 as a coupe, while a convertible version of the Aston, the V8 Vantage Roadster, was first shown at the 2006 Los Angeles Auto Show. Aluminum was employed in the construction of the car for its qualities of strength combined with light weight. At launch, the Aston Martin V8 Vantage featured a 4.3-liter V8 good for 380 horsepower and 302 ft-lbs of torque. Zero to 60 was quoted at 4.7 seconds, with a 175 mile per hour top speed.

For 2008, an upgraded version of the engine good for 400 horsepower was fitted. To ensure optimal weight distribution, the Aston’s six-speed manual gearbox was (and continues to be) mounted at the back of the chassis near the rear wheels. Rear drive and the manual transmission were the only configurations offered for the palatially appointed 2 + 2 grand tourer at launch, though a six-speed sequential manual transmission (dubbed Sportshift) was offered later in the run.

The current model runs a 420-horsepower V8 capable of 346 ft-lbs of torque. There is also a V8 Vantage S model featuring 430 horsepower and 361 ft-lbs of torque. The six-speed manual continues to be offered, while the automated manual gearbox now offers seven speeds. This transmission is optional for the base model, and standard equipment on the Vantage S.