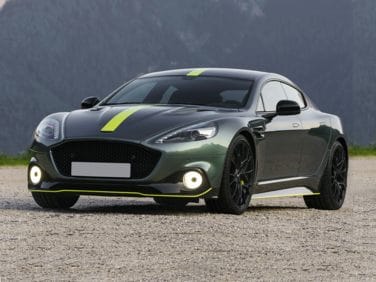 All About Aston Martin Rapide

Featured in the first couple years of the Aston Martin Rapide was the 5.9-liter V12 drivetrain that put out 470 brake horsepower. The engine was paired to a six-speed Touchtronic automatic transmission. The Rapide has a rear-wheel-drive configuration, and boasts a 0-60 acceleration time of just 5 seconds. Official top speed of the Aston Martin Rapide is 188.5 miles per hour. For the 2013 model year revision, the V12 was given refinements that increased the drivetrain’s output to 550 brake horsepower.  Top speed increased slightly, to 190 miles per hour, and the 2013 Rapide can also accelerate from 0-62 in 4.9 seconds. (0-62 mph acceleration times are the equivalent of the European standard of 0-100 kmh.)

In addition to the Aston Martin Rapide’s performance, the cabin is outfitted with upscale features to make the Rapide as comfortable to ride in as it is to drive, and to back up the car’s premium price point. The Rapide features bi-Xenon headlights and LED taillights. The cabin is trimmed in premium leather and walnut, with complementary metal accents. The driver and front passenger have power seats with memory functions, heat, and cooling, with a tilt and telescoping steering wheel that adjusts to reach the driver’s vantage point. Bluetooth integration, along with USB inputs and iPod accessibility, add a convenience factor to the Bang & Olufsen 16-speaker surround sound audio system.