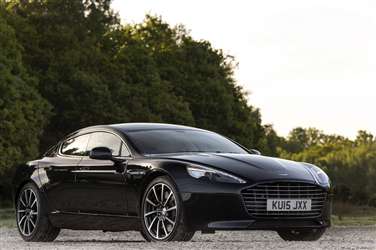 All About Aston Martin Rapide S

The Aston Martin vehicle brand is part of the Aston Marton Lagonda Limited luxury sports car company, which is based in England. Between 1994 and 2007, Aston Martin was owned and controlled by the Ford Motor Company, although the company was partially acquired by an investment group in 2007. Under Ford’s ownership, the company got a new production facility in 1994, ramping up the company’s output as well as marking the first time Aston Martin vehicles were mass produced. The company was further divided in 2012, when another investment group put up funds for partial ownership of the brand. Though many Aston Martin models are still produced at the company’s existing factories, Aston Martin also enlists the services of Magna Steyr, a coachbuilding company based in Austria, to produce some Aston Martin models under contract. Under previous arrangements, Ford still manufactured Aston Martin V8 and V12 engines in German facilities until 2013, at which point Aston Martin made a new agreement with Mercedes-Benz for the supply of some mechanical and engineering components.

The Rapide S closely resembles both the original Rapide and their ancestor, the DB9. A completely new grille design helps the car stand out somewhat, and even sets the Rapide S apart from the rest of the Aston Martin lineup. Other front end refinements to the Rapide S are subtle, and were made not for aesthetic purposes, but to meet European pedestrian safety regulations. Like most supercars, the list of standard equipment on the Rapide S is extensive, but its customization options are nearly limitless. Aston Martin will customize a Rapide S to suit a buyer’s dreams and wallet. Shortly after the car’s European release, it was available for export to North America.