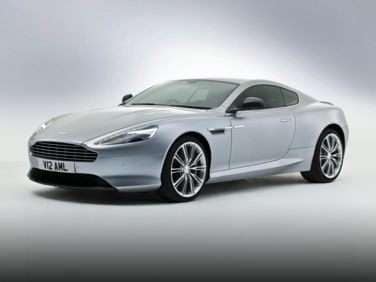 All About Aston Martin DB9

The Aston Martin DB9 is a grand tourer that is available as both a 2+2 two-door coupe and a two-door convertible. The British auto manufacturer introduced the DB9 at the Frankfurt Auto Show in 2003, with a goal of producing and selling about 1500 DB9 cars per year. The DB9 is the follow up to Aston Martin’s DB7, and was designed to help increase the brand’s visibility and increase sales while maintaining the brand’s traditional sense of exclusivity. The “DB” in the name is in honor of David Brown, a former owner of Aston Martin, but the car was not named the DB8 (as it logically would have, to succeed the DB7) because Aston Martin’s marketing team did not want the public to assume a car named the DB8 would have a V8 engine. The DB9 is, in fact, equipped with a V12 engine. The DB9 is built at Aston Martin’s Gaydon assembly plant in England. The convertible version of the DB9, which features a fabric roof, is known as the DB9 Volante.

The Aston Martin DB9 was designed primarily from bonded aluminum, for the benefits of the material’s strength and light weight. The chassis is borrowed from the Aston Martin DBS, and the 6-liter V12 powertrain is sourced from the Aston Martin V12 Vanquish. The initial version of the engine yielded 450 horsepower and a top speed of 186 miles per hour, with a 0-60 acceleration time of 4.7 seconds. The 2013 model year of the Aston Martin DB9 featured upgrades to the powertrain, which resulted in an increase to 510 horsepower. Top speed decreased slightly, to 183 miles per hour, but 0-60 time was cut to 4.1 seconds. The drivetrain in the DB9 can be paired to either a six-speed automatic transmission, with paddle shifters and a semi-automatic mode, or a six-speed manual transmission. The coupe DB9 and convertible DB9 Volante share drivetrain and transmission offerings, although the bodies differ slightly to accommodate the necessary convertible modifications.

The interior features extensive use of leather upholstery and walnut trim, and late model DB9s boast hand-stitched interior accents. The classic feel of the interior is contrasted by the car’s high tech cabin features, such as Bluetooth wireless integration, satellite navigation, and an array of accessory input jacks for iPod or USB connectivity. A Bang & Olufsen stereo upgrade is optional. The cabin features two front seats as well as two rear seats, which are too small to be comfortable for long trips or frequent use (hence the car’s “2+2” designation). An optional seating package removes the rear seats and upgrades the front seats to lightweight sport buckets constructed of carbon fiber and Kevlar. The exterior of the DB9 features traditional Aston Martin styling cues such as the grille and side strakes, and is noted because it has no distinct bumpers. Most of the car’s exterior is constructed from aluminum. The update for the 2013 model year includes a slightly refined grille and a rear spoiler integrated into the trunk lid. Initial production runs of the DB9 were shipped with 19-inch wheels that were 8.5 inches wide. Later, the wheels were upgraded to 20 inches, staggered 8.5 inches wide in the front and 11 inches wide in the back. These wheels cover carbon-ceramic brakes with six-piston front calipers and four-piston rear calipers.