The Acura TL is a mid-size premium sedan that relies on strong technology availability and a reputation for pleasing driving dynamics in order to stake out its niche in the luxury segment.  The Acura TL offers seating for five passengers and is coming off of a recent refresh that is designed to tone down its past reputation for polarizing styling.  The TL is equipped with a full complement of airbags (front, front-side and side curtain) along with vehicle stability and traction control, and it can also be equipped with advanced safety gear accessed via options packages.

The Acura TL starts out with a 3.5-liter V-6 under the hood.  This unit is good for 280 horsepower and 254 lb-ft of torque, output that is routed to the front wheels via a standard six-speed automatic transmission.  Fuel economy for the base TL is rated at 20-mpg around town and 29-mpg highway.  The TL SH-AWD installs the brand's Super Handling All-Wheel Drive system underneath the vehicle's chassis, and it also replaces the entry-level engine with a 305 horsepower, 3.7-liter V-6.  Capable of generating 273 lb-ft of torque, this motor maintains a six-speed automatic but also offers the availability of a six-speed manual transmission.  The TL SH-AWD returns fuel mileage of 18-mpg city and 26-mpg highway.

In terms of equipment, the base Acura TL (MSRP $35,705) is well turned-out.  Standard features include 17-inch wheels, HID headlights, dual automatic climate control, heated leather seats with power adjustments, a sunroof, Bluetooth connectivity and a CD player.  The TL SH-AWD (MSRP $39,255) throws in a stiff suspension system, faster steering, 18-inch wheels, bigger brakes and sport seats to go with its revised drivetrain.  It's possible to order either version of the TL with a Technology package that adds an impressive GPS-based climate control system (that tracks the movement of the sun in the sky), a voice-controlled navigation system, a rearview camera, sportier trim, surround sound and a storage system for digital music files.  The Advance package includes all of the above and also plus-sizes the TL's wheels by one inch, adds a blind spot warning system and cools the vehicle's front seats. 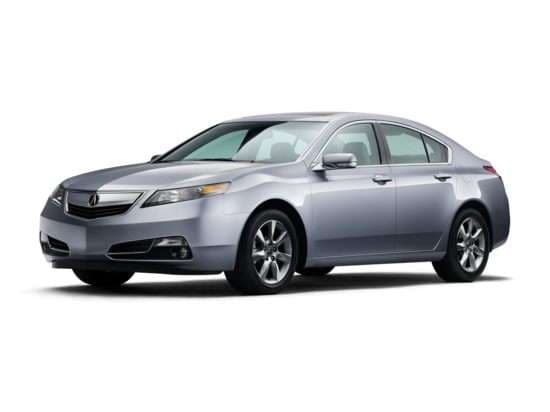