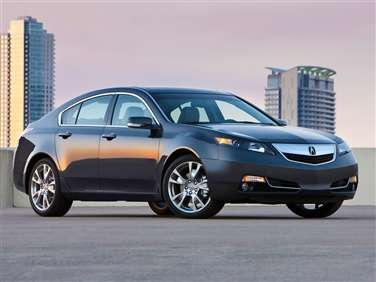 All About Acura TL

The Acura TL is a four-door five-passenger mid-size sedan.

The standard entertainment system is top of the line. The navigation system can recalculate routes in real time in the event you get lost. The large display is easy to use and is touch screen-enabled. The system, in conjunction with XM Satellite Radio, alerts drivers to traffic congestion ahead and will show alternative routes to navigate forward.

The 2008 Acura TL is an ideal car for gadget lovers and music lovers. There is only one option available on the base system and that is the navigation system with a backup camera. This should be a serious consideration if you are going to be doing a lot of traveling or going to unfamiliar places.

The 2008 Acura TL offers a high level of safety features. The National Highway Traffic Safety Administration (NHTSA) has given the Acura TL a five star rating for protecting front passengers in a frontal crash tests. For the rear passenger crash tests, the TL also received five stars for side impacts. For the front passenger/side impact tests, the Acura TL received four stars. Standard for the Acura TL is stability control, traction control, front-seat side airbags, full-length curtain airbags. Standard for the Acura TL Type-S is the navigational system with a backup camera for improved rear visibility. This is optional on the basic model.

The Acura TL has been completely redesigned for 2009. The new TL is longer, taller and wider than the previous model, with a larger interior and chunky front end styling. The sedan retains its front-wheel drive architecture but also adds a new all-wheel drive option. The 2009 TL is available in two trims the base and the SH-AWD. The entry-level TL sedan is powered by a 280 horsepower, 3.5 liter V6 engine that cranks out 254 lb-ft of torque. Fuel mileage for this mill is rated at 18 miles per gallon in the city and 26 miles per gallon during highway driving. The SH-AWD edition of the 2009 TL uses a larger, 3.7 liter V6 that produces 305 horsepower and 273 lb-ft of torque. This engine benefits from variable-valve timing on not only the intake valves but also the exhaust valves, an improvement over the older sedan’s engine. 19-inch wheels with performance tires are optional. All-wheel drive is standard equipment, and fuel economy is 17 miles per gallon around town and 25 miles per gallon on the highway. Both versions of the TL use a 5-speed automatic transmission that can provide manual control over gear shifts.

Honda has announced that the 2009 Acura TL will be completely redesigned for this fall's release. Apparently, it will have the most powerful Acura engine yet, but no details have been released. The only details known at this point is that there will be two versions of the Acura TL and that it will be equipped with the Acura brand Super Handling All-Wheel Drive. It’s being promoted as having new levels of performance, luxury and driver-related technology.

The interior of the Acura TL is spacious and comfortable. The standard leather seats and top of the line electronics offer a level of luxury rarely seen or experienced at this price. There is a slight space issue for the rear passengers. It does fit four adults and when necessary, it’s possible to squeeze a fifth. If one of them is tall, headroom might be an issue. In addition, standard for the vehicle are power front seats, sunroof and surround-sound.