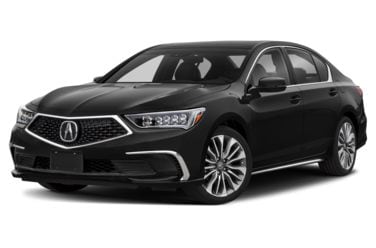 All About Acura RLX

In an industry where large flagship luxury models tend to be either rear- or all-wheel drive and powered by V8 engines, the Acura flagship has always been either front- or all-wheel drive and powered by a V6 engine. True to form, this latest version of the big Acura keeps solidly with that tradition. Frankly though, it would seem time has proven this philosophy to be a sound one; today every one of Acura’s competitors offers its top models with a six-cylinder option.

Large luxury cars are typically defined by their presence, power, technology and appointments; design-wise the Acura RLX really isn’t a standout from a looks perspective. However, the design team responsible for the new Acura RLX has created a car that looks mid-size on the outside but feels full-size on the inside. The interior of the RLX is positively cavernous—and in a very good way.

Offered in both base and hybrid versions, there are five Acura RLX trim levels available. These are RLX with Navigation, RLX with Technology Package, RLX with Krell Audio Package, and RLX with Advance Package. Key features include Acura’s “Jewel Eye”LED headlights, Acura’s 10-speaker/404-watt ELS surround audio system, and a keyless entry and start system.

As you move up through the trim packages, you can add voice recognition, real time traffic information, a 588-watt surround audio system, heated and ventilated front seats along with heated rear seats, as well as front and rear parking sensors. Cargo capacity is somewhat limited, as the rear seats do not fold. Still, it’s about average for a car of this nature at 15.3 cubic feet.

With the 3.5-liter V6 it has installed in the 2014 Acura RLX, Honda has introduced direct injection to its flagship model for the first time. Producing 310 horsepower and 272 ft-lbs of torque at a relatively high 4500 rpm, the V6 continues the Honda tradition of big horsepower/small torque. A six-speed automatic transmission routes engine output to either the front wheels or all four in all-wheel drive versions of the Acura RLX. The hybrid version uses a seven-speed automatic transmission and delivers a total system output of 370 horsepower.

Naturally, all of the  usual safety suspects are in place for a car of this caliber; rearview camera, antilock disc brakes, front-seat side airbags, full-length side curtain airbags, and a driver’s side knee airbag. Supplementing all of this is Lane Keep Assist, Active Cruise Control, Forward Collision Warning, Lane Departure Warning, and Blind Spot Monitoring.