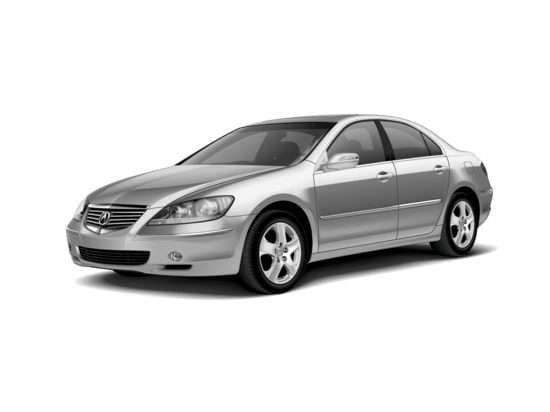 The 2007 Acura RL is a 4-door, 5-passenger mid-size luxury sedan available in three trims, including the Sedan, Technology Package, and the Technology Package with CMBS/PAX. MSRP ranges from $46,780 for the standard RL to $53,200 to the RL with Technology and CMBS/PAX Package.

The 2007 Acura RL may lack a V8 option, but a powerful 3.5-liter SOHC 24-valve V6 producing 290-hp and 256 lb.-ft. of torque makes up for the lack of an 8-cylinder. The styling of the Acura RL is typically conservative, but displays familiar Acura wedge-shaped lines. The styling of the RL also belies the fact that this is a mid-size sedan, and not a full-size as is typical with other luxury flagships. The mid-size aspects of the car do come into play with rather limited trunk and rear seat space.

With plenty of power available at a moments notice, 2007 Acura RL displays excellent handling and drivability. Couple this with the all-weather capability of standard all-wheel-drive and the Acura RL becomes a definite luxury sedan contender. As would be expected of a sedan of this caliber, the cabin is quiet, refined, and overall fit and finish is without equal.

The National Highway Traffic Safety Administration (NHTSA) has awarded the 2007 Acura RL an exemplary 5-star rating across the board; this includes frontal driver and passenger crash testing, front and rear side impact testing, and rollover testing.

All three RL trims are standard with a 3.5-liter SOHC 24-valve V6 producing 290-hp and 256 lb.-ft. of torque. All three trims come with a rated mileage of 18-mpg city and 26-mpg highway. A 5-speed automatic transmission with overdrive is standard, as is Acura’s Super-Handling All-Wheel Drive (SH-AWD™). Navigation systems and AcuraLink™ is only available in select markets.