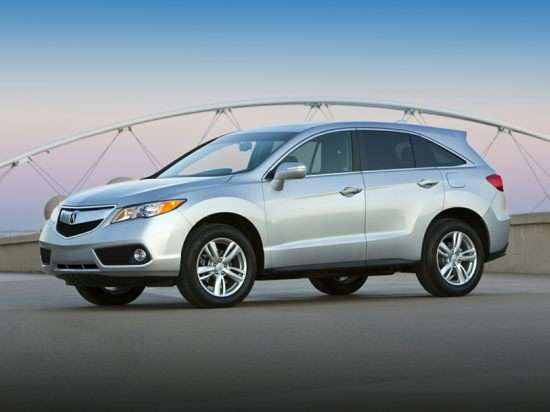 For 2015, Acura makes no changes to the RDX compact luxury crossover SUV.

Simple is the order of the day when it comes to the 2015 Acura RDX. This SUV comes one way, with the option of adding all-wheel drive and a Technology Package.

A 3.5-liter V-6 producing 273 horsepower and 251 lb.-ft. of torque motivates the 2015 RDX. Variable Cylinder Management technology preserves fuel economy by shutting down several engine cylinders when the RDX is cruising down the highway.

Every RDX uses a 6-speed automatic transmission with paddle shifters to send power to the front wheels. An available AWD system delivers up to 50 percent of the engine’s power to the rear wheels as is necessary to produce additional traction. The RDX also has Grade Logic Control to ensure greater responsiveness when climbing hills and to supply engine braking when descending a grade.

According to the EPA, the RDX should average 23 mpg in combined city and highway driving. Equip the SUV with AWD, and that figure drops to22 mpg. Premium unleaded gas is recommended.

The 2015 Acura RDX gets a 5-star overall safety rating according to federal government crash tests.

The Insurance Institute for Highway Safety (IIHS) has yet to evaluate the 2015 RDX’s crashworthiness as this summary is written, but last year the RDX received a “Good” rating in four out of the five testing parameters. The SUV has not been tested for its ability to protect occupants in a small overlap frontal-impact, and it lacks a Front Crash Prevention rating because Acura offers no forward collision warning system for this model.

By modern standards, the RDX is fairly simplistic when it comes to infotainment and active safety features, especially if you skip the optional Technology Package. There are some compact, mainstream cars that offer just as much, or more, technology than this entry-luxury SUV.