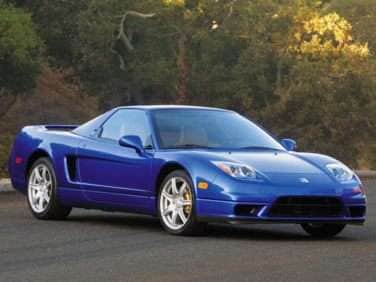 All About Acura NSX-T

The NSX was also a delight to drive. The V6 engine loved operating at high revs, and sang a very sweet song when called upon to do so. What’s more, outward visibility was first rate. In many ways, driving an NSX was something of a mundane experience for people used to dealing with the quirks the Italian exotic sports cars from Lamborghini and Ferrari imposed upon their owners.

For 14 years Honda built the Acura with virtually no changes—other than a displacement increase for the engine in 1997 and a mild styling update in 2002. The removable roof debuted in 1995, bringing an open cockpit motoring experience into play. In North America, the NSX-T became the only NSX, save a couple of special edition models over the course of the remainder of the model’s run.

The Acura NSX debuted with a 270 horsepower, 3.0-liter V6. A five-speed manual transmission was standard equipment. Automatic climate control, anti-lock brakes and leather upholstery were also included in the base price. A four-speed automatic transmission was offered too, but cars so equipped ran a 252-horsepower version of the 3.0-liter V6 engine instead. For ’97, displacement of the engine was increased to 3.2-liters—upping output to 290 horsepower. A six-speed manual transmission debuted to go along with the larger powerplant. Automatic transmission equipped models kept the 3.0-liter V6 throughout the production run of the NSX.

For the 2002 model year, the aesthetics of the car changed when the flip up headlights were exchanged for exposed HID units. The interior was also brightened up with some metallic trim bits. Also that year, the suspension system was recalibrated to improve handling, in an effort to reduce the tail-happy nature of the mid-engined sorts car.