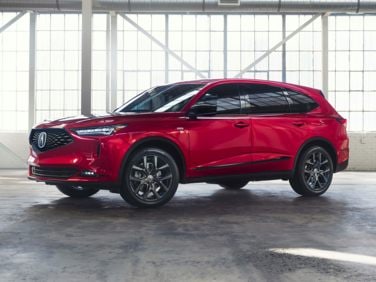 All About Acura MDX

The Acura MDX comes with many high tech features. The base model has genuine leather seats, a sunroof, a fully adjustable steering wheel, satellite radio, and even Bluetooth for hands free communication. There are also several packages available like the Technology, Sport and Entertainment package. The packages offer a lot of versatility depending on what you are looking for, however, expect to pay a high price for any of them. Options are only available as packages. The Sport and Entertainment packages do offer extras like an active damping suspension system for comfort and control. There is also a voice activated navigational system, and real-time traffic reports. For those long trips a rear-seat DVD system and even a 10 speaker audio system are available.

The safety standing of the Acura MDX is high. Standard safety features include all the ‘expected’ equipment consumers have come to expect like ABS brakes with electronic brake force distribution, traction control and stability control. Also standard are two-stage front airbags, front side-impact airbags, height-adjustable front seat belts with pretensioners and there are even three-row curtain airbags with new sensors that can sense rollovers. The MDX also has the patented Advanced Compatibility Engineering (ACE) built into the vehicle's basic structure and design. This system, in a head-on impact, distributes the force in such a way as to keep the interior cabin from collapsing. Another design feature of this system is that the hood is built to minimize injuries in the event of a pedestrian being hit.

The 2009 Acura MDX is a carryover from 2008. The 2009 MDX is only sold in one trim level that can be upgraded with 3 different options packages. All are powered by a 3.7 liter V6 engine that generates 300 horses and 275 lb-ft of torque. All-wheel drive is included as standard equipment, and a 5-speed automatic transmission handles the gear shifting duties. Fuel mileage for the SUV is rated at 15 miles per gallon in city driving and 20 miles per gallon on the highway.

The Acura MDX was first designed in 2001 at a time when the market was swamped with luxury SUVs. Each year slight extras were added and modifications made, with the second generation MDX designed and built for 2007. The seating capacity, safety record and price made this vehicle popular from the start.

The 2008 Acura MDX is a little sleeker and a little sportier than the previous 2007 version. It now has a large aluminum grille that people seem to take an instant like or dislike to but the vehicle still compares favorably to others in its class. The new model sports a richer and more defined look than before with more car, not truck-like features.

In terms of performance, the Acura MDX comes through. Under the hood is a 3.7 L V6 engine that is capable of 300 horsepower – the most ever for an Acura. Added to this is a 2.5 ton towing capacity. The engine is paired with a five speed automatic transmission with overdrive. Another big plus is Acura’s SH-AWD system, which distributes torque amongst all four wheels. Keep in mind, the MDX is not an off-road vehicle.

This vehicle has a ULEV rating by the Environmental Protection Agency (EPA), which means it qualitfies as an ultra-low emissions vehicle. The EPA fuel economy rating for the MDX is 15 miles per gallon in the city and 20 mpg on the highway.

For overall comfort and drivability, the Acura MDX receives full marks. The ride is smooth, with a smooth suspension, sporty handling that responds well to driver commands.