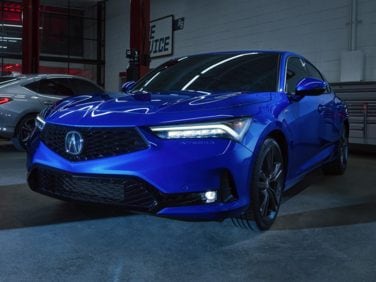 All About Acura Integra

The Acura Integra was first introduced to the US market in 1986. It is sold elsewhere around the world as a Honda Integra. The vehicle comes as a two-door sedan and a four-door hatchback with trim levels of RS and LS. This vehicle was the smallest and cheapest of the Acura lineup at the time. Along with the Legend, these two vehicles helped to establish the Acura brand. The quality and value in this small sporty vehicle became an instant hit.

These earlier vehicles had a 1.6 L four-cylinder engine that could produce 113 horsepower. Standard procedure was to pair this engine to a five-speed manual transmission, with the option of a four-speed automatic. These vehicles had some engine and torque issues until 1990 when they were fixed for the second generation Integra.

The second-generation release added in a four-door sedan and offered a 1.8 L four-cylinder engine that produced 130 hp. Now there were the RS, LS and the new top of the line GS trim. It had antilock brakes and a spiffy interior. The same transmissions were used for this generation as well. Power was boosted again in 1992, taking the total up to 140 hp. Also in this year, the GS-R trim was released. This performance trim came with a 1.7 L four-cylinder engine that could produce 160 hp. The vehicle came well equipped with a moonroof, antilock brakes, and a full complement of power accessories.

The third generation was released from 1994 through to 2001. This Integra was one the best front-wheel drive vehicles in its class at the time. In 1997, the Integra Type R was released. This one was a single colored coupe that came in heavy on performance. There was a 1.8 L engine tuned to offer 195 hp to go along with the lighter body parts dropping the overall weight by 100 pounds. It came with better brakes, a limited-slip differential, five speed manual transmission and a specially tuned suspension system. This vehicle had the air conditioning removed to lighten the load although it was available as an option if the consumer really wanted it. In 2000, it came out in yellow and a black in addition to the previous white. In 1998, the GS trim was added in and the RS was dropped in 2000.

One of the advantages of the Integra is the amount of features that come with the vehicle, a similarity it holds with many other vehicles in the Acura line. Included as standard are air conditioning, automatic drive indicator on dashboard, courtesy lights, cruise control, leather covered steering wheel, tachometer, bucket seats, lockable glove compartment, low fuel level warning and a full complement of power accessories.

For safety, the Acura Integra offers several features like anti-theft protection, audio anti-theft protection, driver and passenger front airbag, 3-point front and seat belts on driver seat and passenger seat, key power locks including trunk/hatch and height adjustable two head restraints on front seats. In the government crash tests, the Acura Integra received a ‘good’ rating for the driver in the frontal crash tests and only an ‘acceptable’ rating for the passenger. The vehicle was never tested on the side impact crash tests. The vehicle was never tested in the Rollover Resistance tests either.