As the final entry in a next-gen vehicle lineup that has been completely turned over during the last few years, the 2016 Acura ILX has been thoroughly upgraded to better match highly sophisticated siblings like the TLX and RLX sport sedans. And to make sure new drivers realize just how much has changed, Acura dealerships already have begun taking reservations to test drive the new car.

Consumers just need to visit Acura.com to sign up, and they'll be assured of priority seat time in the 2016 Acura ILX when it reaches dealerships early next year. Then, backed by the car's new standard powertrain, they'll also be assured of a surprisingly dynamic driving experience. The key here is a new eight-speed dual-clutch automatic transmission that is the first in the industry to integrate a torque converter. As a result, Acura promises "incredibly quick, crisp and intuitive gear changes, including rev-matching downshifts, to achieve outstanding response and sporting performance with top-class fuel efficiency."

Further helping matters, that paddle-shifting transmission is mated to a 2.4-liter four-cylinder engine that makes 201 hp and 180 lb.-ft. of torque, representing gains of 51 hp and 40 lb.-ft. of torque over the standard powerplant in the 2014 ILX.

Among the other highlights of the 2016 Acura ILX are:

Said Michael Accavitti, senior vice president and general manager for the Acura division: "Top to bottom, from dynamic design to luxury features, and from lead-edge safety technology to sport-sedan athleticism and sophistication, ILX is now a true gateway to Acura's performance luxury sedans. ILX was always a great idea. Now it's a great idea fulfilled--a luxury vehicle for the next generation." 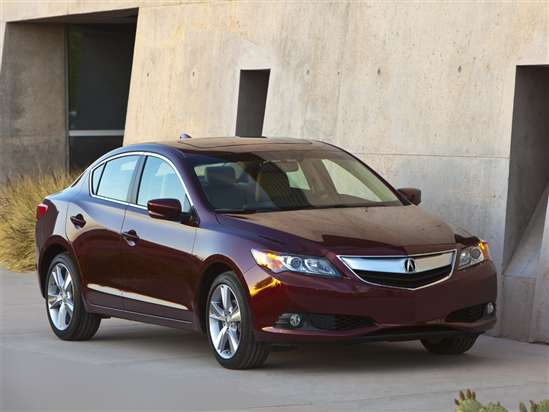