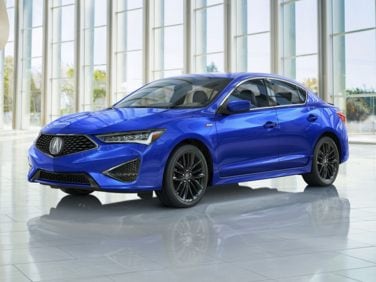 All About Acura ILX

Acura’s entry-level sedan—although based on Honda’s European Civic model—is a competent luxury sedan with a decidedly youthful orientation. First shown as a concept at the 2012 Detroit Auto Show, production versions of the car were introduced at the Chicago Auto Show later that same year. The production version of the Acura ILX went on sale in 2013.

Following the path lain down by models like the Acura Integra and the Acura RSX, the ILX blends a well-equipped and luxurious interior with overtly sporting dynamics. This formula makes the ILX both fun to drive and remarkably comfortable. While we’re on the subject; this, in fact, is exactly what the ILX is intended to do—fill the void left in Acura’s product lineup after both Integra and RSX were discontinued.

However, unlike those cars, the ILX is being offered only as a sedan, where the Integra was available both as a sedan and a hatchback (RSX was a three-door proposition only). In keeping with its luxe intentions, the ILX gets a leather seating package, a power driver’s seat, heated front seats, and a rearview camera video system.

Given the ILX’s youthful orientation, it probably comes as no surprise to learn the Acura ILX is also fitted with a subwoofer-reinforced speaker package (gots to have that beat—right?) and active noise cancellation to improve the sound of the audio system. Other distinctive features include keyless entry and start, a Pandora interface, text messaging, Bluetooth, dual-zone automatic climate control, automatic headlights, and a sunroof.

Built in Indiana, the Acura ILX employs what Acura calls its Aero-fused Dynamics styling language. Many of the exterior cues of the ILX are reflective of the design of its larger and more luxurious Acura RLX sibling. All Acura models will eventually adopt this look. On the safety front, the Acura ILX earned a top safety pick rating from the Insurance Institute of Highway Safety after scoring the top mark of ‘good” in all of the IIHS tests.